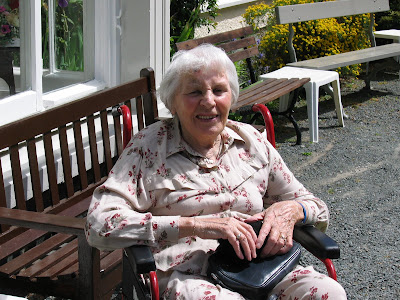 Wealth of the nation

I'm having trouble linking to the precise quote in today's Scotsman but columnist Hamish Macdonnell wrote this:

But it does illustrate a wider point, and that is the core economic and political issue of who is best placed to decide how money is spent - the government or the people.

Oh dear. Can anyone really think that?

The core issue in politics may well be about who spends the wealth - the producers or the looters. But the core issue in economics is how is wealth created in the first place. That comes prior to how it is spent. And if too much of it is spent by the looters there soon won't be any wealth left.

Freedom and Whisky in the New York Times!

Headlines Around the Web

I recently dug out my old Nikon F80 and discovered that it contained a film that was 18 months old! Film still works, especially for wide-angle shots.

See here for the set:

I see today that the Labour party is saying that under independence:

Passport controls would be introduced at Gretna and Berwick to restrict the movement of people into England if Scotland voted for independence, the Westminster government has warned.

Perhaps so, but this also implies that the movement of people from England into Scotland would be also restricted.

Once every piece of property is in the hands of its rightful owner we'll see just who is allowed to move where. But, in the meantime, I don't think that's it at all obvious that Scotland would necessarily be worse off than England in the event of border controls being introduced by governments.

Posted by David Farrer at 16:52 No comments:

The cost of a day pass on Lothian Buses has gone up by 20%. Not to worry, the Lib Dems had an "aspirational" plan to stop this.
Posted by David Farrer at 19:36 1 comment:

On the Daily Mail's UK website last week I read this:

A quarter of all council tax is going to meet the soaring cost of the gold-plated pensions of town hall workers, it was revealed yesterday.

Taxpayer subsidies for the pensions of local authority staff topped £5billion last year, according to figures from the Department for Communities and Local Government.

But on the front page of the Scottish Daily Mail I read this:

So in England it's a quarter and here in Scotland one third.

And we shouldn't just be looking at these high pension contributions. No, it's basic salaries too:

The pay gap between public- and private-sector workers in Scotland is five times bigger than for the UK as a whole, according to figures from National Statistics.

State earnings in Scotland are also considerably higher than across the UK as a whole. The average wage of a public-sector worker in Scotland has soared to £26,297 — £3,607 more than the typical salary of a private-sector employee.

This compares with average public-sector pay in the rest of the UK of £21,413, just £698 higher than the typical salary paid by a private firm.

Posted by David Farrer at 19:28 No comments:

OK, quite an impressive schedule, and I confess that I too enjoy trips like that.

Early last year I went by train from Edinburgh to Glasgow and then got some kind of day pass that led me to Helensburgh, Hamilton and goodness knows where in between. I went into a fairly rough pub in Hamilton for my lunchtime pint. For some reason I was the only customer reading the Financial Times... The locals were looking at the Sun and Record. What I really remember about that pub is reading about the RBS rights issue and thinking that it might be worth a punt. Perhaps I had more than one pint and no investment followed. Thank God for Hamilton.

Of course in the old days I'd have thought travelling by train to be a bit wimpish. I recall attending an all-night party in Belsize Park and then going for a drive at eight the next morning. I ended up in Oban...

Posted by David Farrer at 20:55 No comments:

Brian Monteith on the Scottish pound

Conservatives deserve better than the latest wheeze from the party leadership that is neither clever nor helpful.

At a time when the economic news in Britain has been going from bad to worse in very quick order one has to hope that the party that philosophically believes in the capitalist system, warts and all, might try to offer some explanation of why we are now entering the worst recession since the great depression of the 1930s and how free enterprise still offers the best hope for the future.

Unfortunately the best idea coming from the Scottish Conservatives has been for the party’s sole member at Westminster, David Mundell, to offer the hope that Scottish banknotes will be made legal tender across the whole of the UK. How that is expected to help pay someone’s mortgage in Biggar - or anywhere else in Scotland where no problem of using the notes exists - is a question the party leadership have obviously not thought to ask.

The Clydesdale MP hopes that his Private Member’s Bill will do the trick, although the irony of his timing is clearly lost on him. At the moment when the reputation of the Royal Bank and the Bank of Scotland could hardly be lower in Britain he announces a plan to force people to use their paper notes. The idea has clearly not been market tested – and would be unlikely to find favour with the many potential Tory voters in the rest of the UK that have seen their life savings and pensions based upon Scottish bank shares go down the toilet.

Had Scottish pound notes been real money then everyone would have rushed to hold Bank of England or Clydesdale banknotes - offloading those of the Royal Bank and Bank of Scotland that would have been considered to be near worthless. The result would have been a run on the two Scottish banks far worse than we have already seen forcing them both to be fully nationalised within a day.

I’m sure bringing home this economic reality was not what David Mundell intended.

The Conservative MP was happy to pose with Alex Salmond with a big Scottish bank note for the media. Again the irony was lost on this one man Conservative think tank. Alex Salmond not only supports the break-up of Great Britain he also supports the Euro becoming the Scottish currency and has recently been talking up that idea in Barcelona. Having a Euro would of course mean no Scottish banknotes, certainly none as we now know them saying the Scottish banks’ names on them. We would have Euros some of which might have thistles on them - but they would be Euros not Scottish pounds – authorised in Frankfurt to suit the German economy, not in Edinburgh and London to suit a British economy in which Scots play a disproportionately large role.

I’m sure giving aid and comfort to Alex Salmond’s goal of replacing the pound with the Euro was not what David Mundell intended.

But it gets worse, for when I consider what would happen if Scottish banknotes were made legal tender I find it hard to accept that the policy has been thought through beyond the initial photocalls and favourable headlines in the Scottish papers - for such a law is only likely to lead to the banknotes’ demise. Here’s why.

The Scottish banks have to pay for this right, through the printing, transport and administration costs of the exercise, but for the moment are willing to swallow the overhead because it is worth it in marketing terms – and they are able to make money out of it.

Political and economic commentator Peter Jones explained it well in an intuitive article published in The Scotsman of 8 February last year. I only wish David Mundell had read it for Jones explained that: “Scottish bankers being clever types, they spotted that the value of their note issue was calculated on its value at the close of business on a Saturday. So they figured if they put the necessary deposits into the Bank of England on a Friday and took them out on Monday, the letter, if not the spirit of the law, would be complied with. Why do this? Because when their money is in the BoE, no interest can be earned on it, but for the other four days it can be deposited in an interest-bearing account, thus earning money for the note-issuing bank.”

The profit has been calculated to be £65 million for the Clydesdale alone – with far bigger sums for the two other Scottish banks.

If the Bank of England is forced to accept Scottish notes as legal tender surely we can expect it to demand that for the protection of everyone using them the notes are ALWAYS covered by the Scottish banks holding the equivalent value of the central bank’s own money.

With no profits to offset against them the production and administration costs would become a burden. So, while the Scottish notes would technically become legal tender they might be withdrawn from circulation when the Scottish banks find they can no longer afford them. True there is a marketing value to having the notes – but these are hard times and the pressure to find cost savings will be severe.

But don’t take my word for it, here’s what one senior Executive from a Scottish Bank told me when I asked about the policy: “If we force the issue on legal tender then the Treasury will simply demand that we lodge money with Bank of England at all times and it will then be cheaper to use bank of England notes rather than print our own. Scottish notes will simply disappear.”

I’m sure being responsible for the death of Scottish banknotes was not what David Mundell intended.

It’s known as the law of unintended consequences and it happens when policies are not completely thought through. But Alex Salmond thought it through – he could see where it will lead – towards more nationalist votes as the Conservatives put another nail in the Union’s coffin.

Should the BBC have sacked Carol Thatcher because she said in a private conversation that someone looked like a golliwog? No, says Sean Gabb, Director of the Libertarian Alliance. Jo Brand was investigated by the police for allegedly inciting criminal acts on BBC 1 against her political opponents. Carol Thatcher used a word. One gets the sack, the other the BBC's unconditional support. But, then, Jo Brand is part of the New Labour Establishment. Carol Thatcher is the daughter of a Prime Minister who still makes the ruling class shudder.

Also worth mentioning: Jo Brand is alleged to have incided criminal acts against members of the British National Party, and she is a declared supporter of the Labour Party. The Libertarian Alliance has no time for any form of collectivism, racial or otherwise. Even so, we note that the British National Party is *not* led by unindicted war criminals who have enthusiastically joined in the murder of half a million civilians in Iraq and Afghanistan, who have abolished ancient civil liberties and turned the police force into a governing party militia, and who have taxed and regulated and inflated this country to the verge of collapse.

We also note that, while Margaret Thatcher's name is continually blackened by the pro-Labour BBC, she did none of these things either.

The BBC is a leading part of the ideological state apparatus that sustains the present ruling class. What it has done to Carol Thatcher is wholly in keeping with its real purpose.

A government advised by the Libertarian Alliance would abolish the BBC on its first day in office, dismiss all its employees, disclaim all its copyrights, and end all state regulation whatever of the airwaves.

Sean Gabb can be heard making some of these points on BBC Radio: