There is no one ideal NED

That was the wonderful headline in the current issue of the Chartered Secretaries magazine.

The article goes on to say, "However, it is the NED who can offer a constructive challenge which is an essential part of good governance."

I guess that this piece wan't proofread in Scotland!

Posted by David Farrer at 19:56 No comments:

Why do some people hate freedom?

Ludicrous? It's almost a case of where to begin. So let's start with the title.

Why, exactly, would anyone want to fight a "market ideology"? To answer that we have to know what the term "market" means. As so often, Murray Rothbard had the answer:

The Free market is a summary term for an array of exchanges that take place in society. Each exchange is undertaken as a voluntary agreement between two people or between groups of people represented by agents

So what Ms McMillan is against is the freedom to make voluntary agreements.

This next bit is sort of correct but remains analytically lacking:

Three years ago, after all, the ordinary citizens of the West watched the financial system under which they had been living for decades hurtle towards self-destruction, and survive only with the help of massive bailouts from the public purse. It was substantially discredited, both intellectually and morally; yet three years on, we find the power of this financial system not diminished, but if anything increased. Nothing has changed, except that ordinary British citizens are now being asked to foot the bill.

First, the system had been hurtling towards destruction since long before 2008. And it was the prior subsidies from the public purse that caused that destruction! Without taxpayer guarantees for the fiat monetary system, there would have been no crash. With those subsidies, the crash was inevitable. Second, the system had indeed been discredited (totally, not "substantially") long before the crash by people like the earlier quoted Rothbard, not by anti-market folk like Joyce McMillan. Third, McMillan should make it clear that the price is being paid by taxpayers and savers, not by all "ordinary" British citizens many of whom are tax consumers.

Then our Joyce tells us that the current UK government is "perhaps the most doctrinaire pro-market administration seen in this country for a century" and that it is "bent on remedying market failure, by applying ever more drastic market solutions". Utter nonsense. The government's debt is planned to continue to grow for several years. "Doctrinaire pro-market" - you're having a laugh. And as I explained above, the crash was caused a politicised, non-market financial system. "Market solutions"? If only.

McMillan goes on to say:

Like hundreds of thousands of bred-in-the-bone Labour voters, I have never been able to bring myself to vote for the SNP; in my heart, I think social justice a far more important political principle than national identity

Oh dear. Has Ms McMillan read anything by Hayek?

To discover the meaning of what is called 'social justice' has been one of my chief preoccupations for more than 10 years. I have failed in this endeavour - or rather, have reached the conclusion that, with reference to society of free men, the phrase has no meaning whatever.

Exactly. The only kind of genuine justice there can be is one based on the free market as defined by Rothbard above.

Next we read this:

What faces us over the next ten years, though, is not a tea-party or an academic debate, but a herculean struggle to turn the tide of extreme market ideology that has already done so much damage to our societies; and to create a credible, working alternative.

I knew that the term "tea-party" would get in somewhere! But where is any evidence for extreme market ideology being practised in Scotland or the UK? The credible working alternative to the status quo is the free market.

"Scotland's free prescriptions and university fees". What? Scientists and professors work for nothing? Pharmacies and universities spring out of thin air?

On one thing I do agree with Joyce McMillan. I couldn't possibly vote for the Labour party. 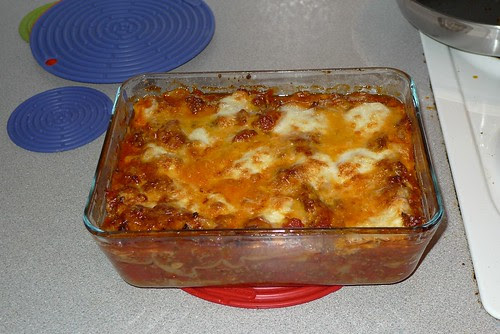