Quote of the day

From Mises: The Last Knight of Liberalism:

In the interwar period, the large Austrian banks had consciously sought to win economists of Schumpeter's standing as front men to reassure their creditors from abroad. They had also asked Mises for support several times, but he always rejected these proposals because he thought the commercial banks were all bankrupt. This was not a pose. He had in fact always kept his personal account with Austria's postal savings bank. 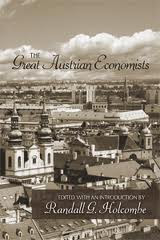 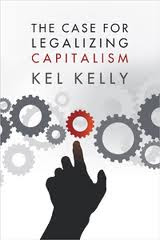 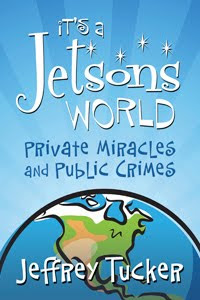 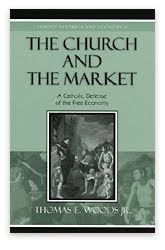 Posted by David Farrer at 16:30 No comments: 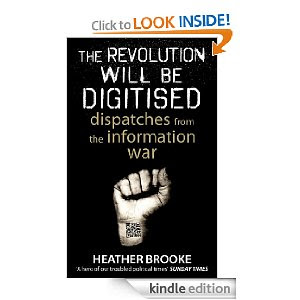 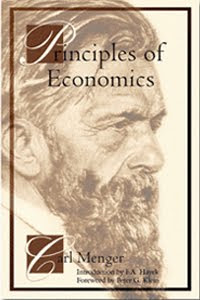 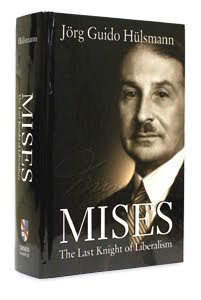 Posted by David Farrer at 16:26 No comments:

Am I the only one not calling for a subsidy?

PUBLIC money should be used to subsidise more direct flights from Scotland to China, Russia, India and Brazil

Now I'm a fan of aviation having been brought up at Prestwick, but this is ridiculous. Just the sort of nonsense one would expect from the Labour party.

Both Labour and the Conservatives yesterday urged SNP ministers to set up a dedicated pot of cash to tempt airlines to fly routes direct to the new global economic powerhouses.

So the Tories are at it just like Labour. No wonder lots of us have given up voting for them.

The best way to attract air services to Scotland is to have a low tax, low regulation economy. It would also help to re-establish our once world beating education system. Subsidising airlines is not the answer. Eliminating the Air Passenger Duty on the other hand is exactly what's needed.

Posted by David Farrer at 15:48 No comments:

How to save the Union

I'm not saying that one should or shouldn't want to save the Union but simply explaining how it could be saved. And this is the only way.

Back in May I wrote this:

I have no doubt at all that most nationalists are motivated by questions of identity, not finance. Of course it helps their case if the economics look good but what they are working towards is for Scotland to be a normal country.

It's a question of identity, and nothing else. Forget all about oil, not to mention Barnett and GERS.

Five years ago I had this to say:

Everything would be much clearer if the SNP were known as the Scottish Normalcy Party instead of the Scottish National Party. Almost all Scots, nationalist or otherwise, get extremely upset about what I call The Presumption of the English Norm. For example, there are apparently several countries in which one can look up "British Embassy" in the local phone book (and in the local language) and find no entry. It's under "English Embassy", even when the language in question has a word for "British". And given that the Bank of "England" hasn't been renamed makes me think that Gordon Brown could be an SNP agent. I don't believe that our southern friends have any idea how annoying this kind of thing is, but imagine how they would feel if the rest of the world used the word "French" to mean "English".

I think that it's all to do with the language of Britain - the UK actually - being called "English" rather than "British". This would be less of an issue if it weren't for the fact that English is also the language of the world's most powerful nation, of science, of business, of finance and also of the Internet. That linguistic domination continuously reminds the rest of the world of the concept "England", while millions of Scots keep shouting: "You mean Britain."

Some of us like myself put up with this while still being annoyed and just accept that the UK is a very unusual country - one that is a multinational state. (Confusingly, the US is a multi-state nation.) But for many Scots this issue is all consuming, and more than anything else in politics they want to live in a "normal" country. So what's normal?

Back when the SNP was founded "normal" meant independent, like Norway or Switzerland today. But most countries in Europe are now members of the EU - that's the new norm, however much we may dislike it. And that's why the SNP wants Scotland to join the EU. It doesn't matter to them if it all leads to a federal superstate - or worse, a non-federal superstate - as long as Scotland has the same status as everywhere else. While Scotland remains an invisible part of a country known to most of the world as "England", membership of the EU is seen as a better option by members of the SNP - the Scottish Normalcy Party.

All of that remains true and answers the perennial question about why Scotland might wish to leave the British union only to join a European one.

So, if the British establishment wishes to save the Union, and it does for they are far better informed than the English blogosphere, what needs to be done is clear. And nothing else will do the job.

There must be a joint announcement by David Cameron, Ed Miliband and Nick Clegg.

With immediate effect any public servant or MP who uses the term "England" when they mean "Britain" or the "United Kingdom" will be dismissed on the spot, without compensation, and with loss of all pension rights. This will obviously also apply to those employed by quangos, especially by the BBC. The Bank of England will be renamed the Bank of the United Kingdom.

Any foreign government getting it wrong will find that diplomatic recognition will be removed for one month for every offence. If M Sarkozy refers to the UK as "England", we will call France "Bretagne". Should President Obama get it wrong, we'll start to call the US "North Dakota". But if Ron Paul gets elected and makes a mistake we'll give him a second chance...

So, is all of this going to happen?

I don't think so, and that's why I expect to be a holder of a Scottish passport in the not too distant future.

With acknowledgement to: these guys.

Posted by David Farrer at 22:11 No comments:

A local currency for Edinburgh?

PLANS to introduce a new local currency for Edinburgh have been approved, despite concerns about forgeries.

I see that Councillor Jim Lowrie has "raised concerns about the potential for counterfeiting". I know Cllr. Lowrie, and he's right.

The problem is that any government created paper currency is counterfeit unless it's backed 100% by some real asset. Will I be able to cash in my Edinburgh pound for - let's see - part of a tram? Probably not.

We've been through this sort of thing before:

As Mises explained, a sound currency can only come into existence by winning the hearts and minds of people in the marketplace.

We really need the government to get completely out of the money business altogether. It's all explained in this book, which updates the Mises argument. All the current talk about whether an independent Scotland would use the Pound, Euro or some other statist currency misses the point entirely.
Posted by David Farrer at 16:17 No comments: