Is it really ten years?

I was having a look at some old posts on this site and came across this 2003 one about Edinburgh's buses. Note the quote from the Scotsman:

It is felt the changes would make the area a much more pleasant shopping environment once trams start running in the capital.

Weegism: the menace that stalks Edinburgh

Poor Tony Winters has become a bit of a laughing stock:

“I said I thought it was racist that if you come from Edinburgh you can get brown sauce free but people from elsewhere, who like ketchup, have to pay. They just said it’s what they do.

We went to another chip shop and the guy was killing himself laughing when we told him. It reeks of racism. Just because we come from the west and tend to like ketchup instead of brown sauce. It’s clear they’re discriminating and I don’t think it’s right.”

Most of the commenters see this for the nonsense that it is. But the real point is that there shouldn't be any laws concerning human action whatsoever so long as there's no initiation of force or fraud. All laws against "racism" should be swept away along with those laws that restrict freedom of speech and of association (and non-association).
Posted by David Farrer at 18:35 No comments:

I've updated my Scottish Clouds blog with some new photos.

Here's one of them: 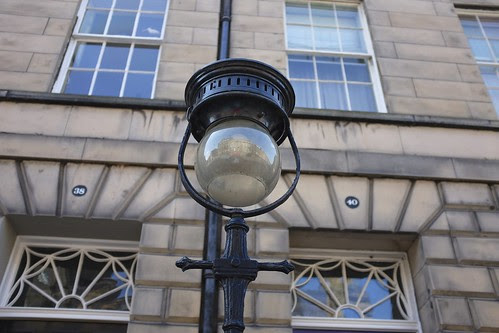 Welcome to the ScotFree2014 blog. It represents libertarians who are going to vote for Scottish independence in the referendum on September 18, 2014. Here we want to discuss all the issues that will arise in winning freedom for Scotland, economic, social and political. But above all we want to explore how this new freedom will enrich the personal lives of the individual men and women who live here. We look forward to hearing from you.