Here's a clue. I've now received 20 tickets for this year's Edinburgh International Book Festival and, if previous years are anything to go by, I may just manage another one or two events.

So what's with all of those companies that I mentioned? They are all sponsoring the Book Festival.

Let's look now at the Jazz Festival. I note sponsorship from Starbucks, Miller, Festival Inns and the Malmaison hotel group.

And the Film Festival? There's far too many to list. You can see them here, but they range from Standard Life to Lufthansa and from Viacom to Sheraton. It's a similar story with the Fringe (28,014 performances this year!) and of course at the "official" Festival, not to mention all the others.

So, the question is this: If so many capitalists are willing to sponsor the Arts, how much more could they do if taxation were to be slashed? In fact, it seems to me that Edinburgh's festivals demonstrate that the Arts can do just fine if only the state would get out of the way.

Last Friday one of my sisters visited Edinburgh with a friend. Together with Mrs F&W we took a trip round the city with Mactours. As we were able to hop on and off, we passed across George Street on two separate occasions. The different guides both drew our attention to the statue of William Pitt and made suitably sarcastic remarks about his "temporary" introduction of income tax.

When passing the Scottish parliament building we got another burst of anti-politician commentary. The multinational tourists on both buses clearly appreciated the guides' lack of appreciation of the governing classes.

I did have one quibble though. We drove past the former Royal High School building, which everyone had expected to be the location of the Scottish parliament following the 1997 referendum. The guide told us that "our parliamentarians" had rejected that site in favour of constructing the present building at Holyrood. Well, sort of. The decision to reject the RHS building wasn't made by MSPs - none of them had been elected at the time! Holyrood was given the go ahead by the British cabinet in London. Everyone I know thought that the modest RHS building would be used as planned.

I foresee a potential problem for Gordon Brown when he goes on his holidays.
Posted by David Farrer at 07:09 No comments:

All of the photographs from my recent trip are now up on Flickr:

Warning: joining the Army may damage your health

No, it's not the enemy in front that you have to worry about; it's the health and safety inspector behind you:

But the skirl of the traditional Scottish bagpipes is now under threat - from health and safety inspectors.

We hear are told that:

Army experts tested the loudness and sound pressure of playing bagpipes in a variety of locations to the tune 'Kilworth Hills'.

Army experts! They abolish the Black Watch and bring in Her Majesty's Health and Safety Regiment. That'll put the wind up the enemy now the pipes can't.

General Sir Michael Gow, formerly of the Scots Guards, said: "I have never heard such a silly idea in my life. It's the whole health and safety culture gone mad. Whoever comes up with these ideas shouldn't be paid and certainly shouldn't be listened to."

If Sir Michael weren't "formerly" before, he certainly would be now.

Apparently exemptions from the health and safety laws are "only applying when the forces are on active service." I'm sure that'll be fixed ASAP.

Posted by David Farrer at 16:48 No comments:

Back in the old days I used to drive up from London every year and spend a week touring around Scotland. It was always a similar route: first night in Prestwick; perhaps a night in Glasgow; up to the West Highlands for several days and then finishing up in Edinburgh before the long drive back.

Once, I paid a visit to the head office of the West Highland Press in Broadford. As far as I recall they had advertised for an accountant and I had the rather mad idea of moving from Earls Court to Skye. I decided against applying, but who knows, maybe I could have converted the WHFP into Britain's first libertarian newspaper!

Its founder Brian Wilson became an MP and minister and I've always thought of him as being one of those know-nothing numpties that make up the majority in the Scottish Labour party. I've generally found his weekly articles in Scotland on Sunday to be trite in the extreme, although not perhaps as bad as those of Michael Portillo in the Times. This week, however, Wilson surprised me.

On the situation in the Middle East he writes:

In order to advise them on how they should respond, it may be helpful to imagine ourselves in the same position - however far-fetched that scenario may be. Israel is a very small country, less than one-third the landmass of Scotland. Its northern neighbour, Lebanon, has allowed the territory most adjacent to Israel to become the fiefdom of a military and political force, which has only one reason for existing - namely the destruction of Israel. On this matter Hezbollah, unlike governments in the region, does not mince its words and co-existence is not among them.

But if Lebanon cannot deal with, and indeed fully accommodates, Hezbollah then with whom - when the rockets start flying - is Israel's quarrel?

So deep-rooted is this hatred of Israel, not least in some ostensibly left-wing political circles, that its proponents are perfectly happy to make common cause with the dictatorships of the region which, on other grounds, they might reasonably be expected to deplore.

I would say especially in left-wing political circles, but let that pass for Mr Wilson goes on to say this:

When criticised, it (Israel) can point out with justification that listening in the past to the same voices calling for restraint would have led to it being wiped off the map many years ago.

I'm afraid that's exactly the case. I don't have any quick solution to the problem although there won't be one without a widespread regional acceptance of the principles of limited government, property rights and the rule of law. Don't hold your breath.
Posted by David Farrer at 15:45 1 comment:

The SNP will pledge a return to free university education as part of its election campaign drive next year.

Or so it says here.

It will also abolish student loans and replace them with grants and it will allow for the write-off of the existing graduate debt from student loans that holds so many young people back from taking entrepreneurial risks and getting on the housing ladder.

What Ms Sturgeon actually means is that the student debt will be transferred to people like me. Believe it or not, there are still a few of us taxpayers around. If students can't learn to cope with graduate debt there's no way that they'll ever become entrepreneurs.
Posted by David Farrer at 15:15 No comments:

Departing - it's still Leningrad at the Docks 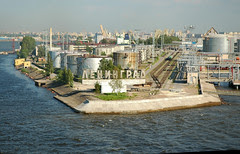 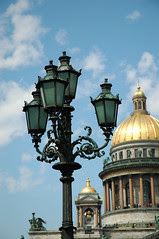 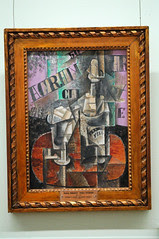 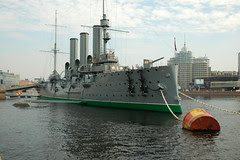 Some of them have money: 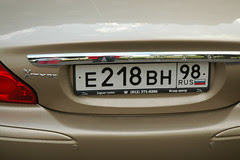 My pre-G8 visit to St Petersburg

You can click here to see a full set of the photos that I took in St Petersburg a couple of weeks ago. I'll also post a few shots individually.

If you click on the photos and then click on "All Sizes", you can get a full-screen shot. You can also "View as Slideshow".

Posted by David Farrer at 19:26 No comments:

I'm a 100% believer in the value of the free market. However, that doesn't mean that I think that every business decision is necessarily wise.

FOR generations of shoppers, Jenners has been a byword for discerning retailing.

But the iconic name could soon be consigned to history after it emerged the expected new owner is considering re-branding the 150-year-old Edinburgh store.

Richard Ratner, a retail analyst with City firm Seymour Pierce, warned that Baugur would be unwise to go ahead with plans to drop the Jenners name, arguing that it would be bad for future sales.

Now where have I heard that name before?

Posted by David Farrer at 17:35 No comments:

Not for my car

I noticed a rather strange advert in today's Scotsman.

On the morning of the famous 9/11 I had a dental appointment in London. Yesterday I rearranged another appointment. The date offered is September 11th 2006.

Since we returned from holiday I've been busy sorting out the 600-odd photographs that were taken. Three were posted here earlier. The full set will eventually be available on my Flickr account.

Here are a few taken on departure from Copenhagen.

The first port of call was Tallinn. Apart from a couple of hours in East Berlin just after the Wall came down, this was my first visit to the former (?) Soviet Empire.

It's obvious that a vast amount of money has been spent on the renovation of Tallinn's old town. Photos are here. Next to the old town is - surprise, surprise - the new town. But unlike its Edinburgh namesake, this one really is new and the small bit that I saw looked much the same as any other sizable city elsewhere in northern Europe. I have no idea what Estonia looks like outside the tourist-friendly centre of Tallinn, but of course the country has one of the lowest tax regimes in the EU and perhaps other parts are prospering too. Naturally, Tallinn boasts an Irish-Scottish pub.

Posted by David Farrer at 06:47 No comments:

I've been away on a trip round the Baltic and now hope to get back to regular blogging.

Keeping in touch with the UK was done using e-mail but I did have my mobile phone with me. I'm a very recent convert to the mobile phone phenomenon and was impressed with my el-cheapo machine bleeping at me every morning with a message like "Welcome to Norway, calls cost 95p per minute." In one country - it may have been Germany - the welcome message also gave the number of the British Embassy...

But now I hear that the Eurocrats want to cut the high cost of using a mobile abroad, or at least within the EU. When I say, "cut the high cost", I don't of course mean that any of these people are going to enter the phone business. No, they mean legislation to bring down prices. Last night on the TV news an industry spokesman actually defended his employers by saying that competition was the best way to reduce prices. Apparently, the British phone companies could reduce prices of international calls but would have to make up the lost revenue by increasing the cost of our subsidised handsets. There's no such thing as a free phone.

In the quest for lower consumer prices, I place far greater trust with profit-seeking entrepreneurs than with politicians whose prime motivation is the creation of a European superstate.

From Money Week of 30th June:

Lebedev, 46, is the first to admit that the KGB taught its recruits the value of elitism. "Tennis was encouraged, so you could move easily in high society in the West," he told the New York Times in 2000.

From Ryrie's Bar at lunchtime today:

Can't we change at least one of the TVs to the golf? Who plays tennis in this place?

At least the anti-elitist Scottish working class is immune from the charms of the KGB!
Posted by David Farrer at 16:16 1 comment: 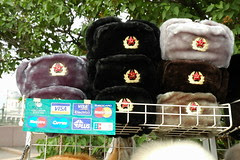 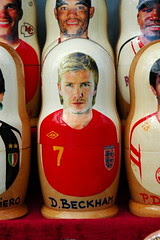 Back from the USSR (or whatever it's called nowadays) 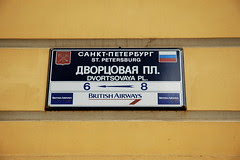