Ahead of its time...

I'm still copying the comments across from my old template to this new one. It's very interesting re-reading some of my old posts. Like this one from July 2004:

The Bank of Scotland: RIP


Ever since the "merger" of the Bank of Scotland with the Halifax there's been an outpouring of complaints from irate customers of "The Bank". Hardly a day goes by without a letter being published in the Scotsman and today we have three. (Here's one from Monday.)

My mother's family banked with the British Linen Bank in Annan. They even lived in Bank Street! Ever since moving away in the 1940's my mother always kept a small balance in "her" bank and didn't mind too much when it became part of the Bank of Scotland. Out of the blue she received a letter "thanking her for choosing to bank with the Halifax". She hadn't, nor had any of the other Bank of Scotland customers whose accounts were unilaterally transferred after the "merger". My mother is now unable to communicate with the Annan branch - that's no longer allowed.

My wife and I both opened ISA accounts with the Bank of Scotland - it offered the best rates at the time and we liked the Scottish connection. These accounts were also unilaterally transferred to the Halifax after the "merger". Last night my wife phoned the bank to transfer a sum from her ISA account to her current account, which is with the Clydesdale Bank. First she had to "re-register" her account with a new security code and was then told that she could only make a telephonic transfer from her ISA account to a current account with the Halifax/Bank of Scotland and not to an outside bank. She would have to go into town, withdraw cash from HBoS and deposit it into her own bank! These were the new rules that now applied to ISA accounts according to the phone operator. We cursed Gordon Brown. After the call we had a look at my wife's ISA statement and saw that she had indeed made a similar telephonic transfer to the Clydesdale not too long ago. This morning she phoned HBoS again and was asked to "re-register her account with a new security code" although she had done that last night! Today's operator confirmed the new rules: they're nothing to do with Mr Brown but are the result of the bank "integration". She also said that we could change our accounts from "branch-based" to "telephone-based" ones, and that would enable us to transfer funds to another organisation by telephone in future. This would take ten days to organise! But our accounts weren't opened at any particular branch - the forms were sent by post from the Bank of Scotland's head office. We never chose to have "branch-based" accounts. We were also told that the telephone account would pay an extra 1% interest. Why weren't we told of this option before? All-in-all this "merger" has been an unmitigated disaster and looks like destroying one of Scotland's oldest and proudest businesses. It's such a shame.

My immediately previous post was about "forthcoming" financial problems involving the US housing market...
Posted by David Farrer at 11:12 1 comment:

It's the SNP's fault.

What a week for the SNP. They're in big trouble over EUgate and NATOgate. But it really is their own fault, isn't it?

It's the SNP's fault because they shouldn't hold any opinion on whether an independent Scotland should be in the EU or in Nato.

It is of course conceivable that someone may think that getting nuclear weapons out of Scotland is their number one political objective. They may then conclude that an independent Scotland is less likely to contain nukes and then go on to support Scottish independence for that reason alone.

Equally, one might conclude that an independent Scotland would be less likely to withdraw from the EU than would a UK dominated by Eurosceptic folk down south.

We don't even know whether the UK itself will be in or out of Nato or the EU after 2015. Who knows what will happen at the next general election?

Surely the point of the SNP is to persuade people here that Scotland is a nation and that therefore it should be independent whether the resulting government be left wing or right wing, authoritarian or libertarian, pro or anti NATO or the EU. It is also a perfectly valid argument for Unionists to agree that Scotland is a nation but that its interests are best served in a multi-national UK state.

The whole question of becoming independent or remaining in the Union should be judged on that basis alone.

And those who think that an independent Scotland would necessarily be a right-on and left-wing paradise might well be in for a rude shock. 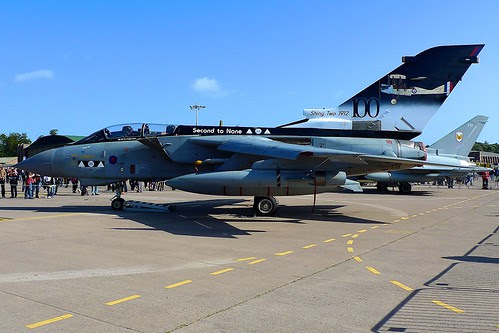 Posted by David Farrer at 18:35 No comments:

Here's the key quote from her speech in Birmingham:

It is staggering that public sector expenditure makes up a full 50% of Scotland’s GDP and only 12% of households are net contributors, where the taxes they pay outweigh the benefits they receive through public spending.

Only 12% are responsible for generating Scotland’s wealth. There are people with household incomes of £50,000 who are paying thousands – indeed- tens of thousands of pounds in taxation, and even that doesn’t cover the amount of money government spends in their name.

Now I'd like to see her "workings" but I did a few calculations in my head and am quite prepared to believe the basic message.

So what's the problem then?

It's this. Government statistics show that taxes collected in Scotland are slightly higher than our share of government expenditure, both devolved and reserved. So while it may well be so that only one Scot in eight is a net contributor to the state, the figure for the rest of the UK - and that essentially means England - must be worse.

But that message hasn't exactly made its way to the Tory heartlands has it? Read the comments in the Telegraph and see just how little is known about Scotland down south. Whenever each misconception is corrected, another ten pop up.

So I'd bet that most Tories at their Conference will be thinking: "Even the Scottish leader says that all the Jocks are living at our expense. Let's kick them out."

Is Ms Davidson in the pay of the SNP?