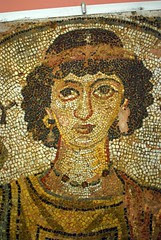 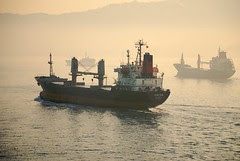 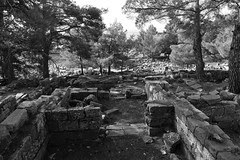 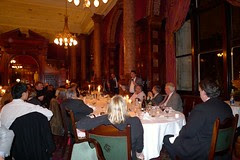 Posted by David Farrer at 18:04 No comments: 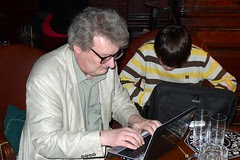 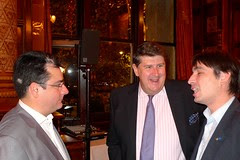 Posted by David Farrer at 17:36 No comments: 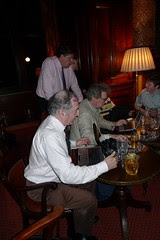 The LA's David Davis and Brian Micklethwait are blogging.

Posted by David Farrer at 17:35 No comments:

The destruction of Scotland

These practitioners of the global warming scam plan to destroy the Scottish economy. Maybe not directly, but that's what they are effectively proposing:

Domestic flights must be faced out by the end of next year if Britain is to avoid “a climate emergency”, a group of MPs has said.

The UK is just about the most centralised advanced country of its size. And the "centre" is down at the far end of a long, narrow island. The abolition of domestic UK flying would kill off the Scottish economy. Unsurprisingly, all but one of these MPs represent southern seats at Westminster. OK, here's the deal: abolish domestic flying but move the UK parliament to Glasgow. That'll sort them.
Posted by David Farrer at 21:33 1 comment:

This guided missile cruiser (Moskva) is based at Sevastopol. 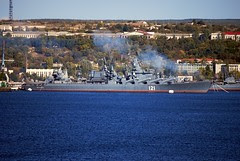 Other photos from the area are here:

For the Crimean War, see here:

Posted by David Farrer at 21:09 No comments:

The state marches on

This is so depressing:

In her closing speech to conference in Inverness, Deputy First Minister Nicola Sturgeon sounded the death knell of the "right-to-buy", the emblematic policy of the Thatcher revolution, which allowed council tenants to buy their homes.

She also revealed that Stracathro hospital, which the previous Labour-Liberal executive had handed over to an independent operator, would now be returning to full NHS control.

The government should have nothing to do with housing provision. Nor should it provide health services. The only legitimate function of the state is to protect us against aggressors.

I've more or less decided to vote SNP at the next election as I did at the European one but this kind of thing will make folk like me think seriously about voting otherwise.

I think that it's fairly likely that the English will eventually expel Scotland from the Union. The English establishment won't be happy about that - they understand that an independent England would be less likely to have a seat in the UN Security Council, would be outvoted in the EU by France and Italy and would face considerable resource shortages that the Union makes less dangerous.

But plenty of English rank and file voters think that Scotland is a socialist basket case that they'd be well shot of. This SNP decision will do nothing to alter that widely held opinion. I can only presume that the SNP are deliberately encouraging anti-Scottish views down south. God help us if the SNP really does believe in this statist nonsense.

It was a bit strange to wake up next to Soviet Russian warships.

More photos from Sevastopol will follow. The Russian Navy has a lease on part of this now Ukrainian port. 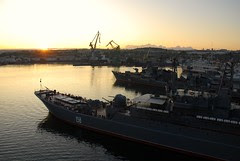 from my recent trip:

This guy is holding out against a Turkish version of Donald Trump: 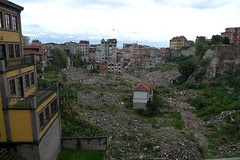 First photos from the holiday are of Rome, Civitavecchia and Stromboli.

These Italian communists look somewhat more bourgeois than ours... 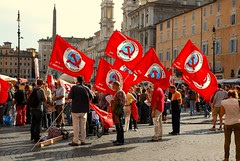