Normally during Scottish election campaigns there are political placards on almost every city lamppost. It was only today that I realised that I hadn't seen any until now when I noticed a few Lib Dem ones in Trinity and Leith.

The Greens had quite a few in the Southside, especially on the road through the Meadows. I also spotted one Jury Team billboard on the way back from Fort Kinnaird and that was it. Nothing at all from Labour, Conservative or SNP. The chief executive is leaving.

NOW that Scottish Enterprise has been buttoned up, clipped, shorn, shaken and slimmed down, quite what is the point of keeping it at all?

None at all. Scotland suffers from too much socialism, including that of the corporatist variety. Abolish SE and use the money to cut business taxes.
Posted by David Farrer at 17:53 1 comment: Links to this post

The state of education

Adam Ramsay is the President of Edinburgh University Students' Association. He has an article in today's Scotsman although it's behind the subscription wall. However, I have the dead tree version.

Mr Ramsay is complaining about cuts in language teaching at Strathclyde and Edinburgh.

For 30 years, we have sheltered under the umbrella of speaking the same language as the world's only super power. We have based our economy on an American model of deregulation. We depended on the idea that everyone else would speak English.

What's that about deregulation? How many of Mr Ramsay's fellow students know that a certain George W Bush increased regulation?

Under Bush, the regulators have added more pages of rules than any administration ever. The cost of regulation has gone up more under Bush than any president before. And yet, because of the bad media coverage and assumptions about Republicans, people think it was laissez-faire.

So let's get it straight: we in the Anglosphere have been getting more regulations on business, not less.

Then Mr Ramsay suggests that China will become the next dominant economic power. He may well be correct - if, that is, China continues with its recent policies of deregulation. If future Scots have to learn Chinese it will because we over here will have abandoned economic freedom, not because we have embraced it.

Then Mr Ramsay tells us not to "cut spending" or else we wont be able to "kick-start our economy". "Our" economy, Mr Ramsay? Speak for yourself Comrade Keynes. My economy is being devastated by having to pay for an out-of-control public sector, including education. This public sector largesse has bankrupted the country. We either stop it now with massive cutbacks or our creditors will impose even larger cuts on us. It is deeply depressing to think that today's student leaders are utterly unconnected with economic reality. When insolvency strikes, it won't matter what languages we speak.

Other Norway photos are here. For some reason Haloscan wouldn't publish the Flickr link. Strange.
Posted by David Farrer at 19:57 No comments: Links to this post

OK, the new computer is up and running. What took a lot of time was transferring and filing over 5,000 photos from the old system into Aperture.

Here's one I prepared earlier: 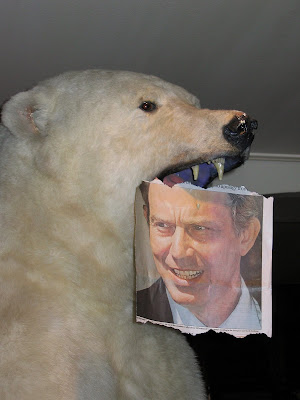 I'll have the opportunity to help remove Alistair Darling from Parliament whenever the election comes along. Yes, he's my MP and,unlike him I don't get taxpayer-funded tax advice. In fact I was up late last night doing my own return.

It looks like my fellow constituents will deal with the Chancellor when the time comes:

ALISTAIR Darling will be voted out by his constituents at the next general election over the expenses scandal if he is not deselected first, a senior Labour source has claimed.

The warning came as the Chancellor's expenses claims came under scrutiny for a second time yesterday with the revelation he claimed back £1,400 of public money for an accountant to complete his tax returns.

Mr Darling has previously been revealed to have "flipped" his second home four times in four years.

In these enlightened times shouldn't we have a few examples of humankind in our zoos? I can think of quite a few candidates.
Posted by David Farrer at 05:51 No comments: Links to this post

Have I brought down the British government?

Until recently I held three investments in gilts. Back on 18th March I was sent the usual reminder telling me of the impending maturity of one of these investments. They ask whether you want to reinvest in another gilt and if you don't reply the money is sent back. I ignored the letter and got the cash back on Tuesday and just managed to deposit the cheque a few minutes before my bank closed yesterday afternoon. Now I see that UK government debt has been downgraded.

Serves them right. A year ago I would have reinvested in another index-linked government security. Now I don't trust them. Murray Rothbard used to say that libertarians shouldn't lend to the government. His wishes are coming true.

Show us the cash

People are apparently reluctant to move to a cashless society:

The long-term psychological impact of the recent financial crisis will mean people will continue to rely on tangible notes and coins, according to the study which was carried out for ATM operator Bank Machine

Notes and coins may be "tangible", but what's really required is a regime of monetary choice. Not the current quaint Scottish system of three note issuers that merely give us differently designed sterling notes. We need to go back to free banking, in which each bank has its notes valued by the market.

Now, which would you prefer? A Royal Bank note that perhaps shows a picture of the chief executive's wallpaper. A Bank of Scotland note depicting one of their branches as designed by a five-year-old. A Clydesdale note that has a drawing of Robert the Bruce. Or a Freedom and Whisky note that's 100% backed by gold.

Actually, a Bank of England note depicting the Queen chopping off Michael Martin's head would be worth its weight in gold... 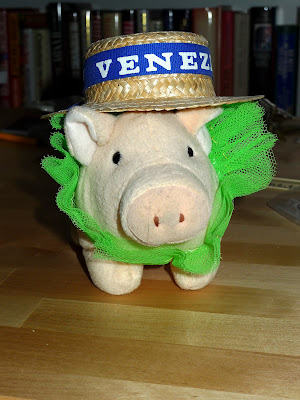 I see that the Libertarian Party is making its electoral debut.

The candidate in Wisbech South is Andrew Hunt.

I note that some of Guido's friends were imprisoned in Wisbech...

Posted by David Farrer at 21:46 No comments: Links to this post

Is this the libertarian hour?

We libertarians believe that the state should be reduced in size and that its only legitimate function is that of protecting us against aggressors. Or even that the state isn't necessary at all and that all of its current functions should be privatised, or, perhaps more correctly, transferred to civil society.

The current brouhaha over MPs' expenses is wonderful. If only Chris Tame (a founder of the Libertarian Alliance) had been around to see these events.

But surely the British public, while being rightly angry about MPs' outrageous expense claims, still believes in the big state, does it not?.

For the first time that I can remember the answer may be no.

YouGov asked what people would like to see done about the government’s record borrowing and soaring debt. There was strong backing for the strategy adopted by the Canadian government in the 1990s, when it cut public spending by a fifth over four years; 54% said they would back such a policy and only 22% were opposed. A majority of Labour supporters backed this policy.

Overall, respondents said the burden of reducing government debt should come mainly through cuts in public spending rather than tax rises. Only 7% favoured a policy of solely raising taxes to close the black hole in the public finances.

Most Labour voters want a twenty per-cent cut in government spending! So what are we waiting for? When will "Call me Dave" acknowledge that Labour voters are correct? What about the Liberals (sic) and the SNP?

What do we want?

When do we want them?

When I saw this headline I immediately thought of John Prescott...
Posted by David Farrer at 15:14 No comments: Links to this post

Friedrich Hayek was born 110 years ago.

Here is what I once wrote about the story of the Hayek poster shown below: 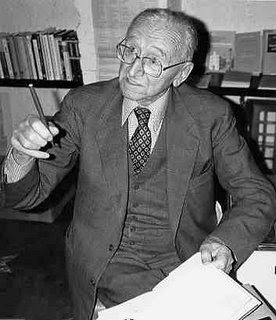 Here we go again. Or rather, here they go:

The Government is demanding a radical overhaul of English football finances to break the domination of the “big four” clubs.

Andy Burnham, the Culture Secretary, is calling for Manchester United, Chelsea, Arsenal and Liverpool to share their winnings in Europe with other Premier League teams.

I actually think that sharing the wealth among the different teams is a good idea. Something like that happens in American professional sports. I believe that the lower teams get the pick of the best new players next season thus enhancing the likelihood of each team's winning. If only four of the top twenty clubs ever win anything, the whole sports "product" becomes devalued. And it's even worse here in Scotland.

What's wrong with this news is that it's the government that's making the proposal. The only proper function of government is the protection of the population against aggressors and nothing else. If the various sporting governing bodies can't organise their product efficiently, so be it. Our taxes shouldn't be used to "help" out.

I was at a dinner last night attended by members of the great and the good. No names: Chatham House Rule and all that.

It can be revealed that a sizable number of the attendees think that the banks shouldn't have been bailed out.