I suppose that most of you will have seen the tape.

But what does it mean? One suggestion was that OBL has been in US captivity for ages and was forced to make the tape to scare people into voting for the President. Kind of like the moon landings being filmed in a studio in the Nevada desert.

I liked the theory that it wasn't really Osama but Karl Rove wearing a false beard.

This one is my favourite: 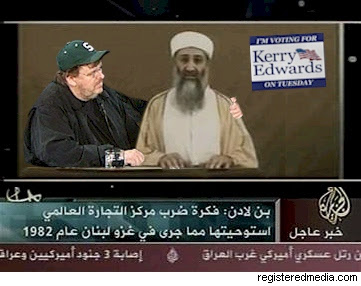 Andrew Ian Dodge
Scary thing is that one of the people touting this "Rove is behind this" idiocy is Walter Cronkite.