A Foggy Day in Edinburgh Town

This is why I should carry my tripod whenever I go out!

Today we saw an extraordinary variation in visibility across the city. This morning I drove to Leith in clear weather but the fog rolled in a bit along the coast towards Portobello. Fort Kinnaird was clear, as was the city bypass until I reached the outer western suburbs. Around Edinburgh Park it was increasingly difficult to see. On the way back in to town visibility suddenly cleared about three miles out. Later on I took a bus to Princes Street where the Castle had disappeared. Thirty minutes afterwards I managed to take these two handheld shots using my Canon A80 compact. (Click to enlarge.) A tripod would have been most useful. 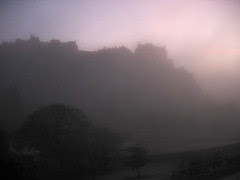 Edinburgh Castle in the Fog
Originally uploaded by David Farrer. 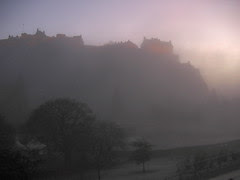