I'm in the doghouse

I managed to get all the numbers to balance on Thursday. The debits equalled the credits and the results went to the Board on time. I was able to take a day off today. The problem was that I woke up at 3am and couldn't get back to sleep. And so it was that I found myself in the bloghouse at that unearthly hour and occupied myself by getting through the early morning's surfing well ahead of schedule. My friends down in London are still pontificating wisely. It seems that the proposition that the collapse of communism was a con remains not proven, although the jury's still out on that one. The gold market was still functioning somewhere on the planet.

By eight the porridge was brewing and at nine the Better Half was busy vacuuming the flat and rearranging our "miscellaneous stuff". I was engaged in composing epistles to various government departments and the like. And, guess what, I didn't feel like blogging anything at all.

The problem was that the Chairman of Freedom and Whisky PLC was also having a day off. Normally on Fridays he's busy performing his duties as Professor of Canine Epistemology at the University of Edinburgh. I've been summoned to a disciplinary hearing for dereliction of duty and I don't like the look of what the Chairman is reading: 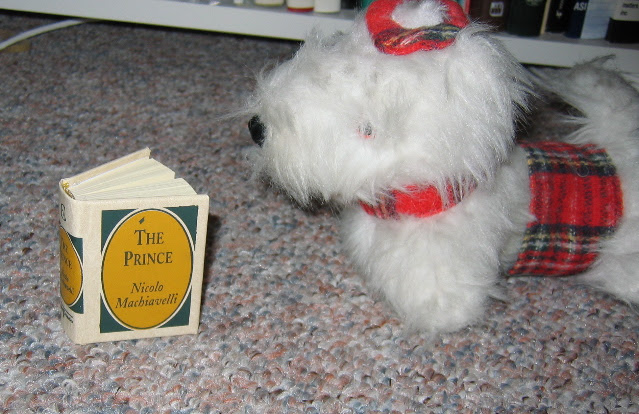 David Farrer
I brew. She vacuums.

Paul Lewis
David: "By eight the porridge was brewing and at nine the Better Half was busy vacuuming the flat."

At eight in the morning!! Where do you get that model??

One for the more earnest among us, yes, I admit that was an intentionally sexist remark.

And.. I broke the pattern that was emerging too.